About trees in Bracknell Forest

Forest and woodland accounts for 39% of land cover within the borough.

A little more about each is detailed below, along with a little history about the borough’s long-held association with forests. 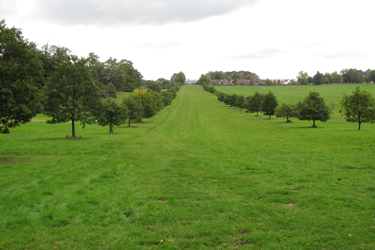 Bracknell Forest was once part of Windsor Forest, a vast royal hunting area, dotted with small settlements. The quality of its many fine oaks is referred to in the Doomsday Book which was commissioned in December 1085 by William the Conqueror. As a royal hunting forest the trees were protected from development for many hundreds of years.

In 1813 the Windsor Forest Enclosure Act was passed. This allowed the Crown to retain 6,500 acres of the old forest with 1,500 acres of mature woodland in the Cranbourne area where many earlier Keepers of the Forest made their home. About 3,000 acres were set aside for deer and cattle and could not be cultivated. This area today covers Windsor Great Park.

After the death of Prince Albert, large areas were opened to the public. The entire Windsor Estate goes beyond the 1813 enclosed area and includes the vast pine woods to the south of Nine Mile Ride known as Swinley Forest. Find out more about the Windsor Estate from The Crown Estate, who own and manage the land. 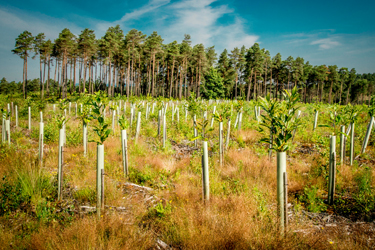 The pine (coniferous) forest at Swinley was created after World War 1 when a great timber cull helped the war effort.

Pines were planted because of their suitability to infertile sandy soils and to provide quick growing timber to cover timber shortages.

Today, the forest is managed on a sustainable commercial basis for its timber but also includes mature pine woodland, which is regenerating naturally and managed heathland and ponds.

Large areas of Swinley Forest to the south of Nine Mile Ride were opened to public access by the Crown Estate in 1991 and are now extensively used for walking and leisure activities. 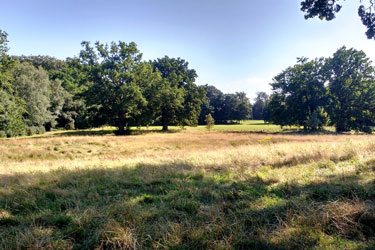 Visitors are encouraged to enjoy some of the original features of the park like the Yew tree walk on the Eastern boundary and the 3 stately Wellingtonia’s on the summit of Foresters Hill.

The park is also home to remnant Beech woodland and Starch Copse which is home to an impressive collection of Rhododendrons and Azaleas and an unusual Cucumber Tree (Magnolia acuminata). 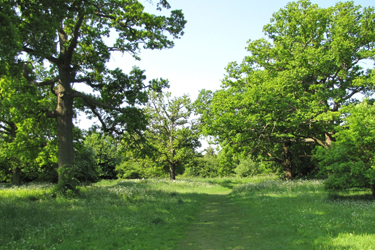 The magnificent, veteran oak trees dotted around the open meadow of this site may be as much as 400 years old.

They were originally planted for timber, but now provide a valuable habitat for nesting birds, bats and rare invertebrates.

Find out more about Pope's Meadow

A relic from the Warfield Park Estate, these veteran Sweet Chestnut trees are thought to be approximately 200 years old. The Chestnut “walk” once ran from the old ice-house to the woodland edge and must have been quite impressive.

These mighty structures now stand quite unexpectedly in the midst of a residential housing estate paying quiet testament to the grand parkland that has long since gone.

Find out more about The Chestnuts